In this section we will tell you all about Swedish cuisine and we invite you to try some of these traditional dishes and drinks of Swedish gastronomy, we are sure you will not regret it!

Gastronomy occupies an important place in Sweden. And while there is a wide variety of dishes that could be considered typical, there are some that undoubtedly win all the awards.

The most recommended dishes to taste are:

Råraka is a dish that consists of a crepe prepared with caviar and potatoes. It is extremely delicious and is usually served both in restaurants and taperías.

Kottbullar is another traditional dish. It consists of some small meatballs that are prepared with onion, beef, pork, egg and milk and later fried in butter.

Smörgåstårta is the name given to a very typical Swedish savory cake. It is prepared with ham, shrimp, tuna and egg and is assembled by layers of each of these ingredients. It is usually served in meetings; however, ask why some bars offer it as a tapa.

Kroppkakor (also known under the names palt and kams) is an exquisite food that could resemble our croquettes. It consists of some balls of potatoes passed through boiling water and filled with various ingredients. The filling varies in each region of Sweden (in some places it is made up of onion and pork, in others onion and mushrooms, and in others it has bacon). This dish is usually served with lingonberries and melted butter.

Kall inkokt lax is the name given to a typical Swedish dish that is prepared with salmon and served cold. It is the traditional meal of the Night of San Juan and is accompanied by potatoes and mayonnaise.

Kanelbullar is one of the most typical sweet dishes in Sweden. Cinnamon buns are ideal to accompany coffee.

Hjortronparfait is the name of a frozen berry cake, although it is sometimes prepared with other fruit varieties such as raspberries, blueberries or currants. It is delicious, do not stop trying it!

When it comes to bread, there are also many types, but there are two that are the most popular. Kavring is a solid rye bread that is mostly served with sauces and you will always find it on the smörgåsbord. 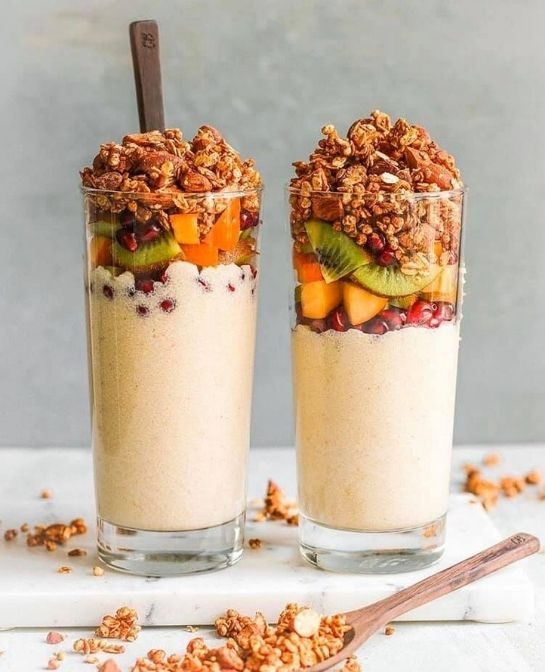 Sweden, in northern Europe, is perhaps best known for its Viking history. Today it is a very health conscious country. Along with a healthy diet, Swedes are also mindful of what they drink, who tend to have traditional drinks at holidays like Christmas (July), Easter (Pask) and during midsummer. Among the most popular we have:

Julmust is a drink traditionally served around Christmas that was created in 1910. It is a type of soft drink without alcohol with various spices added and is only available to buy at Christmas. During Easter, Påskmust available. Påskmust is the equivalent of Julmust, but it is only available during Easter. Both drinks are enjoyed by children and adults.

Cider is a very popular alcoholic drink served in Sweden, made by fermenting apples. Traditionally served with gas, it is sometimes served hot with spices added during winter. It is a traditional drink that is served on many occasions such as birthday parties, parties and during the summer.

It is fermented sour milk which is an acquired taste for many, but is very popular in Sweden for breakfast and other meals. It is usually eaten with cereal or eaten as fruit or yogurt with honey. This drink is rich in calcium and protein.

It is a traditional Swedish drink that is made from mixed saft syrup and water. It is similar to a juice watered down with much less sugar and is enjoyed by many children and adults. Some Swedes make their own Saft from fresh fruits and berries, but it is most commonly bought in stores. Some popular varieties are Fladder (elderflower), Lingon (lingonberry), and Saft Hallon (raspberry).